Music festivals have become such an important part of the modern global culture in the recent times. Thousands of people gather together from all parts of the world and celebrate all kinds of music at numerous festivals around the world.

Commonly themed around a genre of music, many music festivals now feature video projections, art projections, dance, stand-up comedy amongst many other things as well. Food and merchandising is also a big aspect of these festivals!

While these festivals are regular concert-for-profit ventures, a lot of festivals are benefits for a cause too. Whatever be the case, people flock to see these amazing celebrations of art with full preparation. Some people get their vacation planned by their travel management company while some keep it a little loose ended and enjoy their citywide adventure.

Here are three festivals that you MUST attend!

Starting in 1993 as a predominantly student affair, the Sziget Festival has become one of the biggest musical and cultural events in Europe! Held in Budapest, Hungary, the festival attracts hundreds of thousands of people each year in August.

The Sziget Festival is not restricted to any genre per se, but in fact, celebrates the music of all types. This year, the main stage will be set on fire by PINK, Wiz Khalifa, The Chainsmokers and Major Lazer amongst others!

While the main focus of this week long festival is music, there is a bunch of other activities available for you to try out as well. These activities include tennis, volleyball, football, indoor rowing, rock climbing, bungee jumping, tattooing, theatre, cinema, and dance!

While you are in Budapest, you can also enjoy a Sparty by Cinetrip. A combination of ambiance, great music, an amazing LED light show and a great crowd makes these Cinetrip Sparties a unique experience!

If you’re feeling adventurous, go for a cave tour at either Pál-völgyi or Szemlő-Hegyi caves or take a tour on the amphibious bus or explore the labyrinth beneath the Castle Hill! You can either go wild at the Budapest Amusement Park or feel serene on a horseback ride in the Buda Hills!

The combination of Sziget and Budapest is a must visit! It’s simply irresistible!

Relatively a new comer in the festival scene, The Governor’s Ball has quickly carved itself a place amongst the most important festivals of the year. Inaugurating in 2011, the festival has always displayed an immense diversity in terms of the genres of music being played.

In 2017, the festival was headlined by Tool, Chance the Rapper, Phoenix, Lorde and Childish Gambino amongst others.

The three-day festival also highlights the best of the best cuisines from the best New York restaurants and food trucks!

You can find the world’s best hotels around the area. Your travel management company could guide you according to your specific needs. The hotel industry in New York City is one of the best in the world so might as well enjoy the luxuries while you are there. Apart from hotels, there is a wide array of museums that you could visit or visit the world famous Coney Island or take a free ferry ride to Staten Island. Broadway shows, Times Square, Malls, Cuisines and many other reasons should convince you to visit New York during The Governor’s Ball Music Festival.

Starting in 2005 and focusing on EDM, Tomorrowland has become one of the biggest and notable music festivals in the world. It generally stretches over two weekends and with artists like Armin van Buuren,  Afrojack, David Guetta, Don Diablo and Paul van Dyk headlining, the tickets are sold almost instantaneously!

The festival has established itself as the ultimate definition of partying! With summers in full swing, people from all over the world gather here for the great music, dance, drinks of all sorts and just plain ol’ party!

Belgium is generally known for Chocolate, Beer, Waffles, and Fries. And there is absolutely no reason why you shouldn’t try all that while you are Tomorrowland.

While you are in Boom, you can check out loads and loads of local history around the vicinity of Tomorrowland. Apart from that, the Belgian cuisine is absolutely fantastic and unique. It is believed to have been influenced by both German and French cuisines.

While the festival itself is huge, the rest of the town is certainly quite serene and beautiful. A typical European farmland where you can enjoy the warmth of the sunshine and winds on the field without caring one bit.

There are other huge festivals around the world that have similar or even better attractions! Festivals like Coachella, Lollapalooza, Download Festival, Ozzfest, Rock In Rio, Austin City Limits and much more are out there for everyone. Simply avail a travel management solution and book your trip now!

As long you’re enjoying the music, you’ll enjoy the rest of the city as well! Choose your music wisely 😉 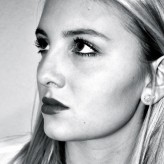 You Could Have an Underwater Wedding in Monte-Carlo

Top 5 Friendliest Cities in the World

QUIT FUCKING AROUND AND BUILD YOURSELF A FUCK-OFF FUND

HOW TO AVOID MOTION SICKNESS WHILE TRAVELING